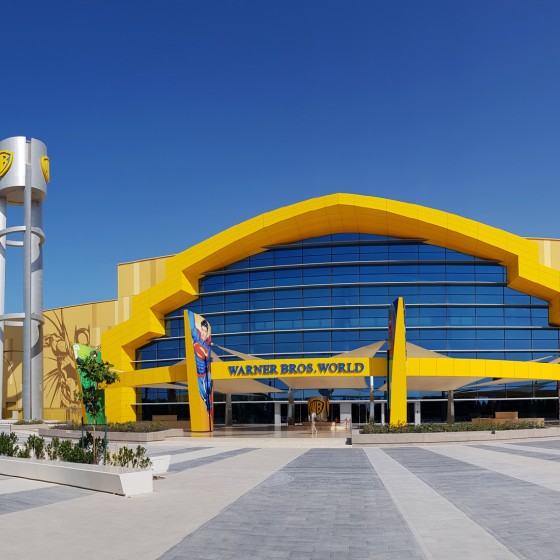 Rides, shows and attractions for everyone

Step into a fantasy world

Do not miss this chance of being drawn into a magical fantasy world in this amazing new addition to Abu Dhabi´s entertainment offers and discover six immersive lands inspired by legendary Warner Bros. characters.

Occupying an area of over 1.65 million square feet, Warner Brothers World Abu Dhabi is one of the largest indoor theme parks in the world. It was developed by Miral Asset Management UAE in partnership with Warner Bros Entertainment and cost a whopping 1 billion US$.

The park opened its doors to the public in July 2018 and is the newest attraction with 29 rides, including Batman Knight Flight, which gives happy visitors the chance to fly in a Batwing vehicle.

The park is for kids and adults alike with its all time favorite characters like Bugs Bunny, Daffy Duck, Speedy Gonzales, Sylvester and Tweety, Wile E. Coyote and the Road Runner, mentioning just some of the beloved characters we all remember from our childhoods or meet more recent characters like Superman and Batman.. 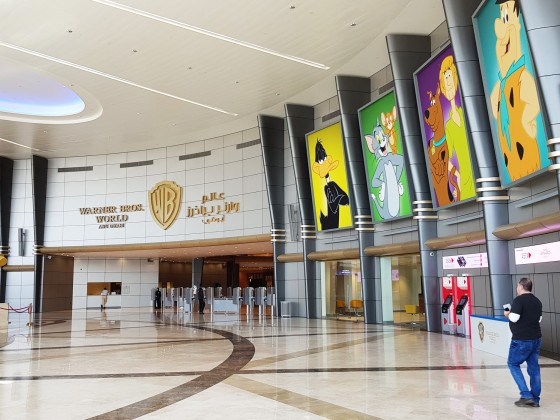 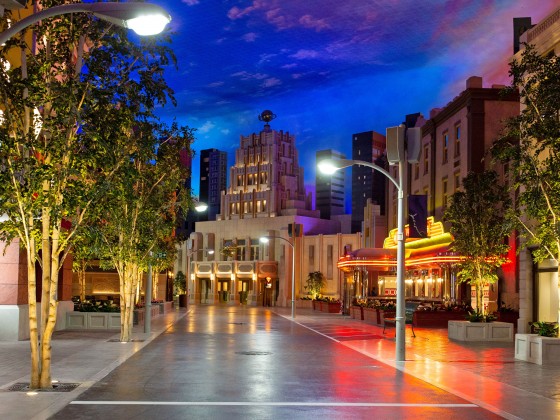 Ticket price: AED295 per day
Ticket includes access to all 29 rides, a range of shows and the chance to meet and greet your favorite characters.

Opening Hours: Daily from 10am to 8pm (Rides & Attractions open at 11am)

Save money and buy your tickets online

Take in the prehistoric sights and sounds of Bedrock.

Climb aboard and take a high-energy spin.

Bump and smash your space pod into others.

Scooby-Doo: The Museum of Mysteries

Join Scooby and the crew of Mystery Inc.

Climb aboard iconic cartoon vehicles on the classic carousel.

The vertical jump tower will bounce you up and down.

This children’s car ride will whip you around at amazing speeds.

Hop in your delivery vehicle and try to get the most points!

Be thrilled in this high-speed, ride through the dark skies of Gotham.

Sspin and twist your way through this thrilling coaster ride in Gotham City.

Join Batman, Superman, Wonder Woman and others in this good-versus-evil 5D ride.

Join Hal Jordan and the team of interstellar peacekeepers on this 4D flying theater experience.

Be thrust into the middle of this pulse-pounding 3D attraction

THINGS TO DO IN ABU DHABI