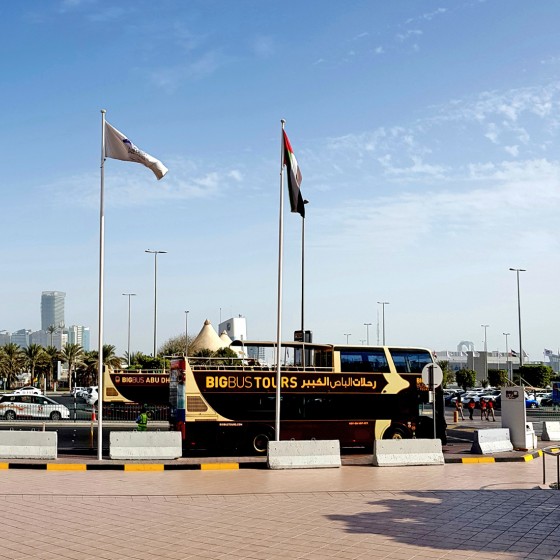 Abu Dhabi is fast becoming a popular new tourist destination. Due to its strategic location along the coast of the blue waters of the Arabian Gulf and the many attractions like the Louvre, Sheikh Zayed Grand Mosque and Ferrari World, more and more visitors from all over the world are being drawn to this charming, safe city.

The city offers many interesting places to visit and the Tourism Authority is adding new exciting attractions almost every month. The most popular and famous places to visit are definitely the iconic Emirates Palace Hotel and the Sheikh Zayed Mosque. For the kids there is a whole island just dedicated to fun and theme parks. On Yas Island you will find the Ferrari World, Warner Brothers World, Yas Water Park and the Yas Circuit which is home to the famous Abu Dhabi Grand Prix.

For visitors interested in a bit of culture you will love the Heritage Village, The Al Hosn Fort and the newly opened breath taking Presidential Palace.

Since Abu Dhabi is situated on a half island, a city bus/limousine tour will take you along the blue waters of the Arabian Gulf and there are plenty of amazing photo and selfie spots throughout the entire city tour.

What many people don’t know is that many of the most famous locations in the Emirates, such as the Sheikh Zayed Mosque and Yas Circuit (Formula 1) are not in Dubai but in Abu Dhabi.

An Abu Dhabi city tour will never get boring as you will pass by so many beautiful locations and awe inspiring structures. The Abu Dhabi corniche, which is part of the tour, will take you along the entire corniche road of Abu Dhabi and you will be able to get an impression of what Abu Dhabi stands for; wealth, glamour, western influences, cultural diversity and amazing colour schemes.

On your city tour you will see an abundance of tall, impressive buildings and structures that show the staggering wealth of Abu Dhabi. The city has risen from a fisher and pearl diving village to this amazing metropolis in less than 70 years.

The clever channelization of the oil resource income has transformed the city to what it is now; a modern, bustling capital, popular by expats and visitors alike.

Abu Dhabi is the capital of the UAE with a city population of only around 400,000 people. The rest of the 1.5 million population is residing in outside communities and compounds. Abu Dhabi is the rich brother of Dubai holding almost all of the oil reserves of the country and it is by far the biggest emirate. It covers around 87% of the total area of the emirates. In recent years it has made immense tourism developments and is catering to the needs of visitors from all over the world. It is a modern beautiful city that offers everything that one can dream of when planning a vacation, highly modern facilities, huge shopping malls, luxury hotels for a budget price, modern culture, great beaches, adventure and action activities, world famous events and an exciting night life. There is almost nothing that you cannot do or experience in Abu Dhabi.

The average income per capita is quite high in Abu Dhabi and therefore there is a very high standard of living. Everything is kept meticulously clean and groomed. There are fines for spitting, throwing gum and cigarette buds to make sure that the city is keeping its clean appearance. Another very attractive point when visiting Abu Dhabi is the safety. There are no cases of pickpocketing and you can safely leave your handbag in the bus, restaurant table or beach towel without the fear of being robbed. The crime rate, in general, is ridiculously low. This has to do with the very strictly implemented laws and the deportation of even the pettiest of criminals. This and the fact that there are hardly any jobless or homeless people contributes to the safety of the city.

When is the best time for your Abu Dhabi City Tour

The weather in Abu Dhabi is a factor that should be taken into consideration when planning your city tour. On our page When to visit Abu Dhabi you will find the best times of the year for your tour but, in general, we advise to plan your trip to Abu Dhabi from October to June and avoid the extreme temperatures of July, August and September.

On the Abu Dhabi city sightseeing tours you will see and experience attractions like the fastest roller coaster ride in the world, the worlds largest handcrafted carpet, sipping a coffee in the highest restaurant in the world and admire the palace of one of the richest people in the world. Abu Dhabi might not be as well-known as Dubai but you will see that this city will grow on you and you will fall in love with it just like we did.

From taking a leisurely stroll at the corniche, visiting some of the most glamorous shopping malls in the world, relaxing in the world’s biggest indoor theme park (Ferrari World) to learning more about the rich culture of this amazing country, you will never get bored.

And the most amazing fact of all this is that taking into consideration the plentiful world-class attractions, the beauty of the nature with its stunning beaches and clear waters, fancy building, malls and restaurants, you will not feel the stress of a big city. Everything is calm and relaxed and helps you to unwind. There are no hordes of tourists flocking through the city and no pushing and shoving getting in and out of sightseeing locations and theme parks. During off seasons you might even get the luxury of sharing your city tour with only a handful of people. 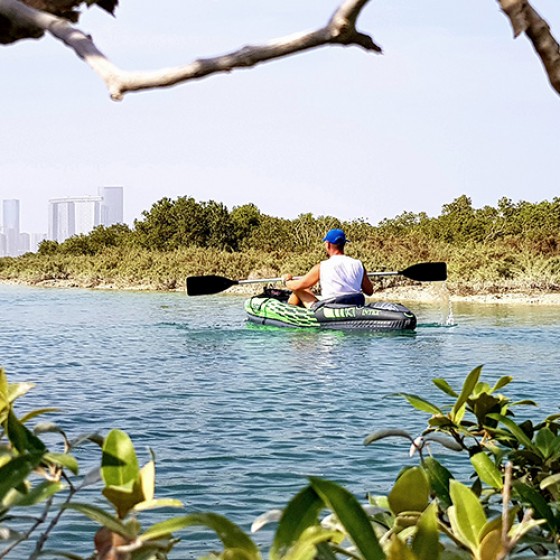 Mangroves Kayaking To paddle in silence thorough the crystal clear, shallow waters is a stunning experience. Rent a kayak or SUP and explore the extensive mangroves either on your own or as part of a guided tour. 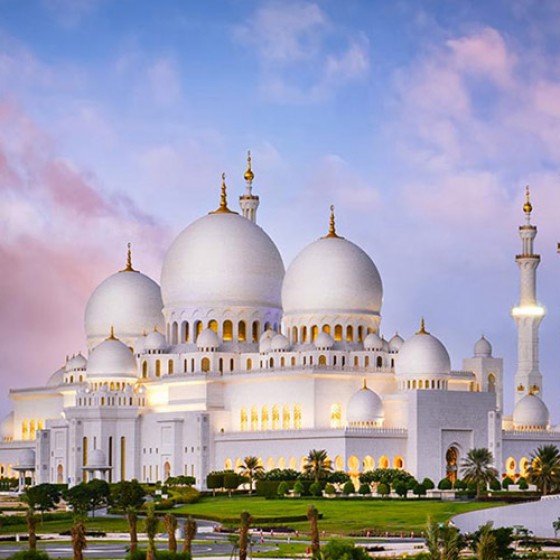 9am to 1pm - Visit places like Sheikh Zayed Grand Mosque, Emirates Palace Hotel, The Souk, Heritage Village, Qasr Al Hosn or Dates Market in this private half day tour. Or create your own Itinerary. 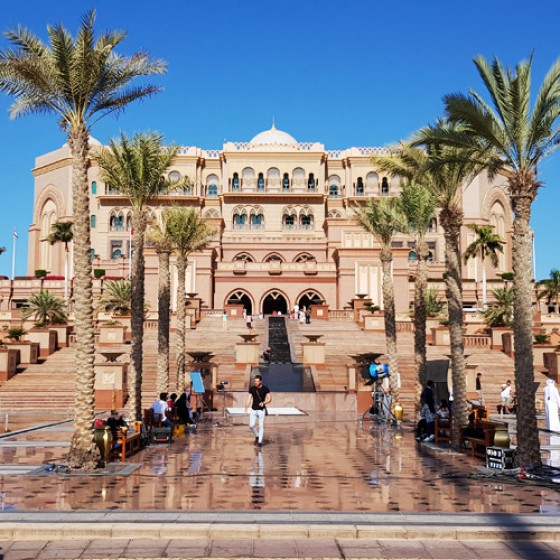 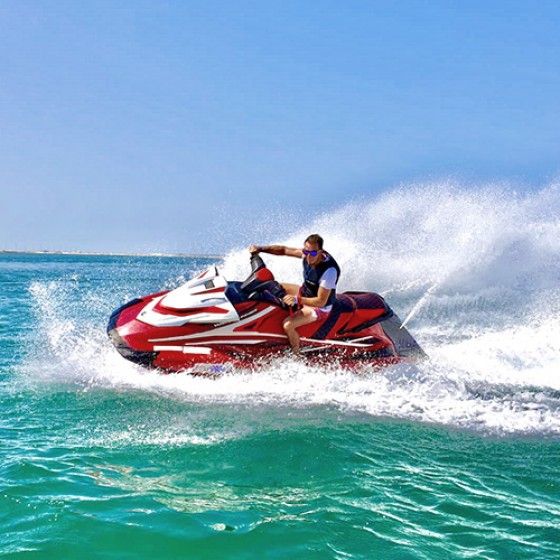 Rent a Jet Ski from Abu Dhabi´s No 1. Rent per hour or book a guided tour with your friends, collegues or family. Also available with BBQ and shisha from AED220 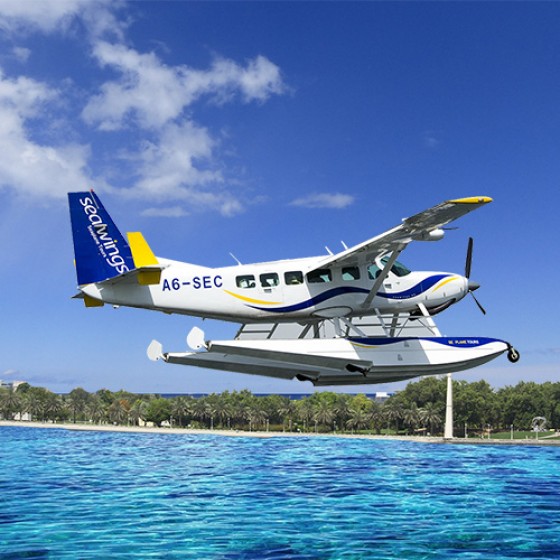 Enjoy a special adventure with this exclusive seaplane sightseeing flight that gives you unique views of the city´s landmarks like Emirates Palace Hotel, The Louvre, Ferrari World and much more on board an airconditioned Cessna seaplane. 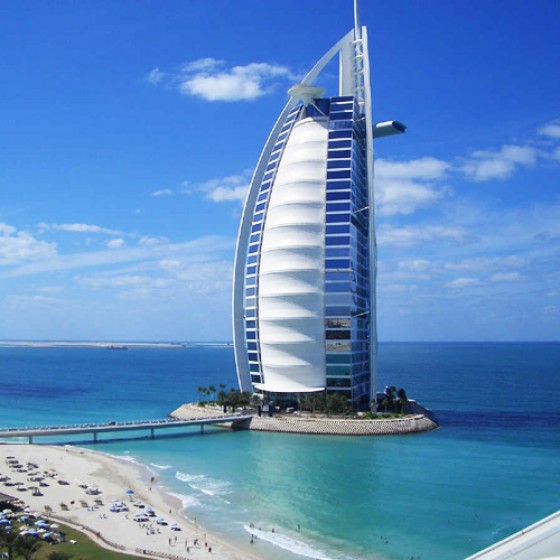 11am to 8.30pm - Explore Dubai in this private full day city tour in a luxury limousine. You will be able to visit famous Dubai highlights such as the Burj Khalifa, Dubai Mall, The Palm, and many more. 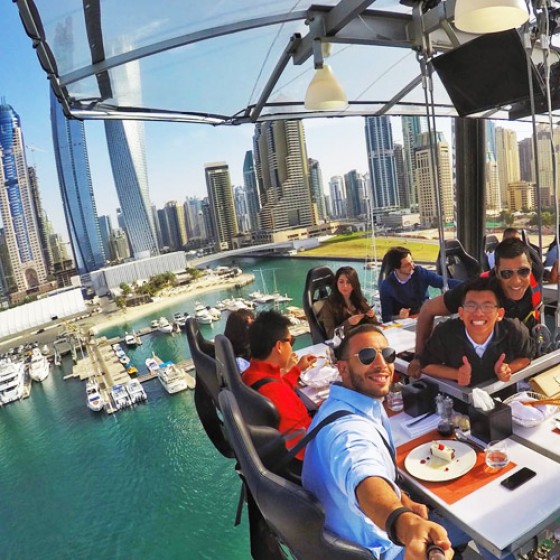 Dinner in the sky 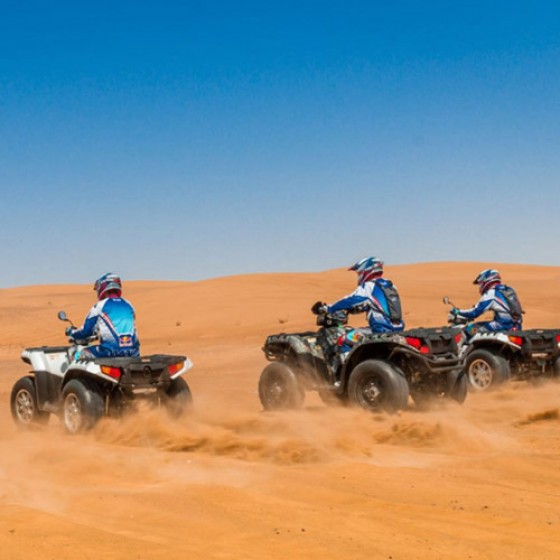 From 8am to 11am - Quad Bike Tour in the Arabian Desert followed by Coffee, Tea & Dates 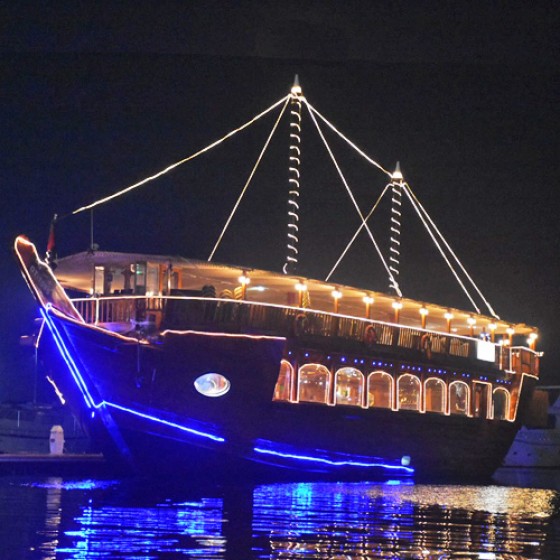 8pm to 10pm - Luxury Dinner Cruise along the impressive Corniche on board a traditional arabic wooden dhow. 5* Buffet and soft drinks included. 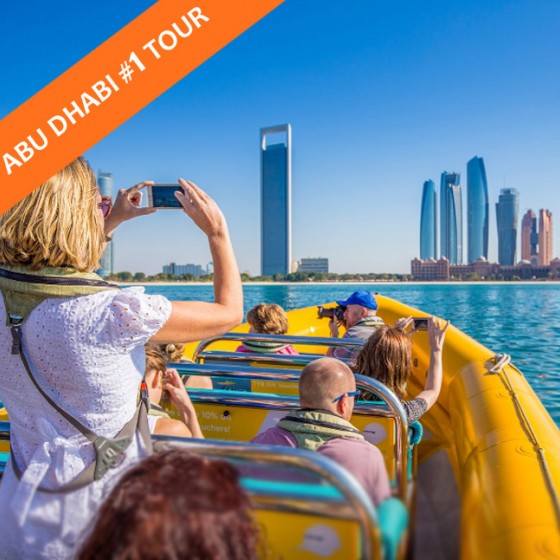 This tour is ranked no 1 in Abu Dhabi. Combine fun and sightseeing and go on a 60min or 75min action speedboat ride from AED210