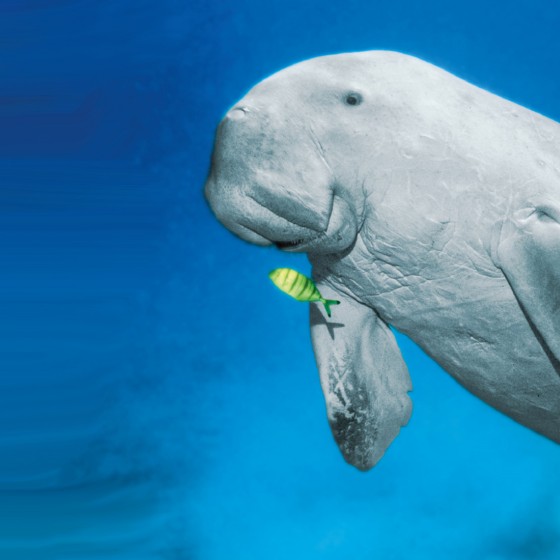 How to spot a Dugong in Abu Dhabi

Over 5000 Dugongs in the Emirates

A not very well known fact is that the Arabian Gulf hosts the world's second largest population of dugongs in the world!!

The numbers are thought to be at least five thousand. The extensive and rich seagrass beds in the waters of the UAE form the most important habitat for dugongs in the Arabian Gulf.

This fascinating, charming and completely harmless species, which is thought to have given rise to the myth of the mermaid, is now threatened with extinction because of driftnets and they were once on the menu for fishermen in Abu Dhabi.

Dugongs in the UAE mostly inhabit the shallow waters around the islands of BuTina, Murawah and to the west of Abu Dhabi, but their habitat extends even further to the border of Qatar. There even is the occasional sighting around Jebel Ali and Umm-Al-Quwain.

​So how to spot a Dugong in Abu Dhabi?

Well, we were lucky enough to encounter this shy animals on 3 occasions one time while going on a Dugong spotting trip to Abu Al Abyad Island (feeding them iceberg salad), one time on a boat trip while fishing and one time by accident en route going snorkeling just 5km off Saadiyat island.

It is really very difficult to find this shy animals, but you might get lucky to see them during a boat trip, even though you are more likely to come across dolphins or sea turtles than Dugongs.

Or you can try your luck with a diving trip although most of the dive sites are either wrecks or reefs which aren´t the best locations for the sea grass eating dugongs. There is a diving school now that has a purpose built facility on Sir Bani Yas island where the diving is supposed to be excellent and there is a greater chance of seeing dugongs than anywhere else in the UAE. 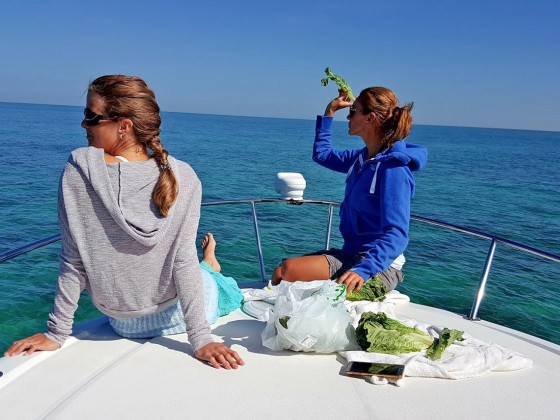